I knew it was coming.

I didn’t want to admit it. I figured if I kept these parts in the book, eventually I’d find a way to make the passages work.

But the writer knows. You know when it’s not going to work long before you concede the reality.

And then about a week ago, I wrote this note which sealed their fate: “Repurposing these words to the Elf would move the Dragon to Samor Book 2; at which point all the other Dragon stuff could be moved out. I’ve been struggling with their purpose for a while.”

Even then, it took a few more days before I started yanking stuff from the manuscript. I once again followed the advice of Stephen King, who was borrowing from Sir Arthur Quiller-Couch:

END_OF_DOCUMENT_TOKEN_TO_BE_REPLACED 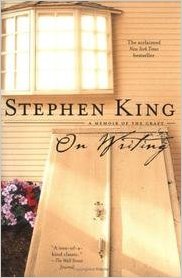 In his book On Writing (which I highly recommend), Stephen King talks about a question he’s often asked. I’m going from memory, but the gist of it is this:

Question: How many days a week do you write?

King: Every day, except holidays and my birthday (btw, that’s a lie because I write those days, too – but no one would believe it).

And while I’m nowhere as dedicated as King, yeah, I write on those days, too. Here’s what happened over my Thanksgiving vacation.

1. I finished up some editing and the last of my punch list items. The punch list was a series of questions I had around consistency, timing, and other details I’d lost track of. The editing centered around plot holes or other things I discovered during my complete read-through.

I’m down to one last fix, and then the draft is final. I spent a few hours on that last item and I think I’ve nearly conquered the problem I identified. END_OF_DOCUMENT_TOKEN_TO_BE_REPLACED

I’m a product marketing manager by day, which means I spend a considerable portion of my time reading, writing, reviewing, editing, and giving feedback on content (judgment-free!). As such, I have regular opportunities to witness great – and not so great – ways of presenting written content to consumers. Sometimes of my own creation.

Here are twelve items that might help you with your content strategy, whether you’re marketing your book or a widget you sell. I originally assembled this list four years ago, and these tips are as true today as they were then.

1. Is your content bragging about your abilities and services?

2. Did you focus more on SEO keywords than quality content? 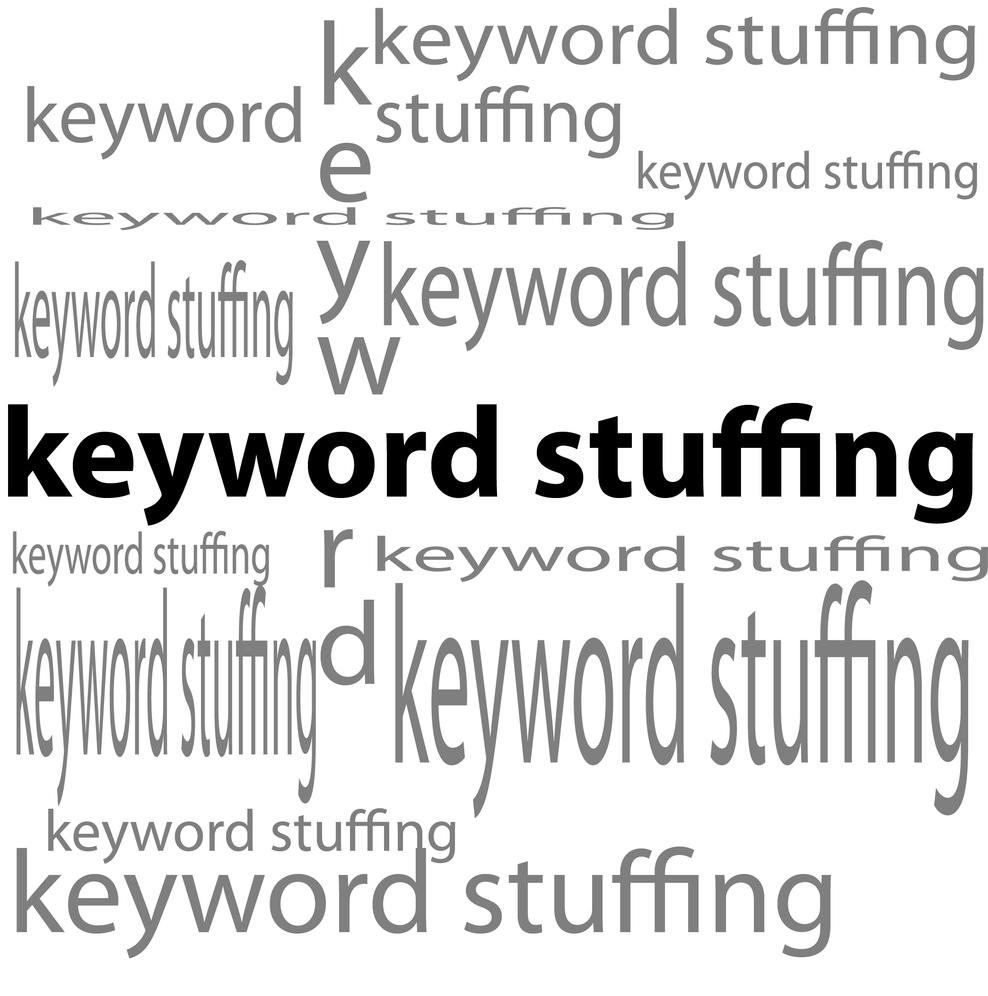 END_OF_DOCUMENT_TOKEN_TO_BE_REPLACED

This post is approximately 550 words. It had been longer, but…difficult choices were made.

Phew. It’s been more than four months since I posted Tighten Up Your Writing #6. The final draft editing continues apace, which is the primary reason I haven’t been blogging.

Well, that and the Gears 5 Tech Test over two weekends in July.

Anyway, today’s update is about a choice I’d been debating a few months. Jack, aka Trusted Reader 16 and one of my most enthusiastic contributors, had given me the same feedback each time I provided new chapters: Some were too long.

He was right every time and I followed his suggestions.

After his latest round of feedback, I literally tallied up the word counts of every chapter and put them in a spreadsheet (hey, I’m a data guy).  A few hit 6,000 and two were on their way to 8,000. In most cases, every scene within a chapter was connected and followed a theme. I did my job well enough that the chapter titles fit all the pieces within.

And yet, those were some long chapters. I’d recently set a target of 3,000 to 4,000 words to keep the reading effort light, while also making it feel like the story kept moving. I was missing the mark. It reminded me of reading when I just want to get to the end of a chapter so I can take a break. Fortunately, I’ve yet to receive that criticism from my Trusted Readers.

I had a difficult choice to make. Do I break up the big chapters? 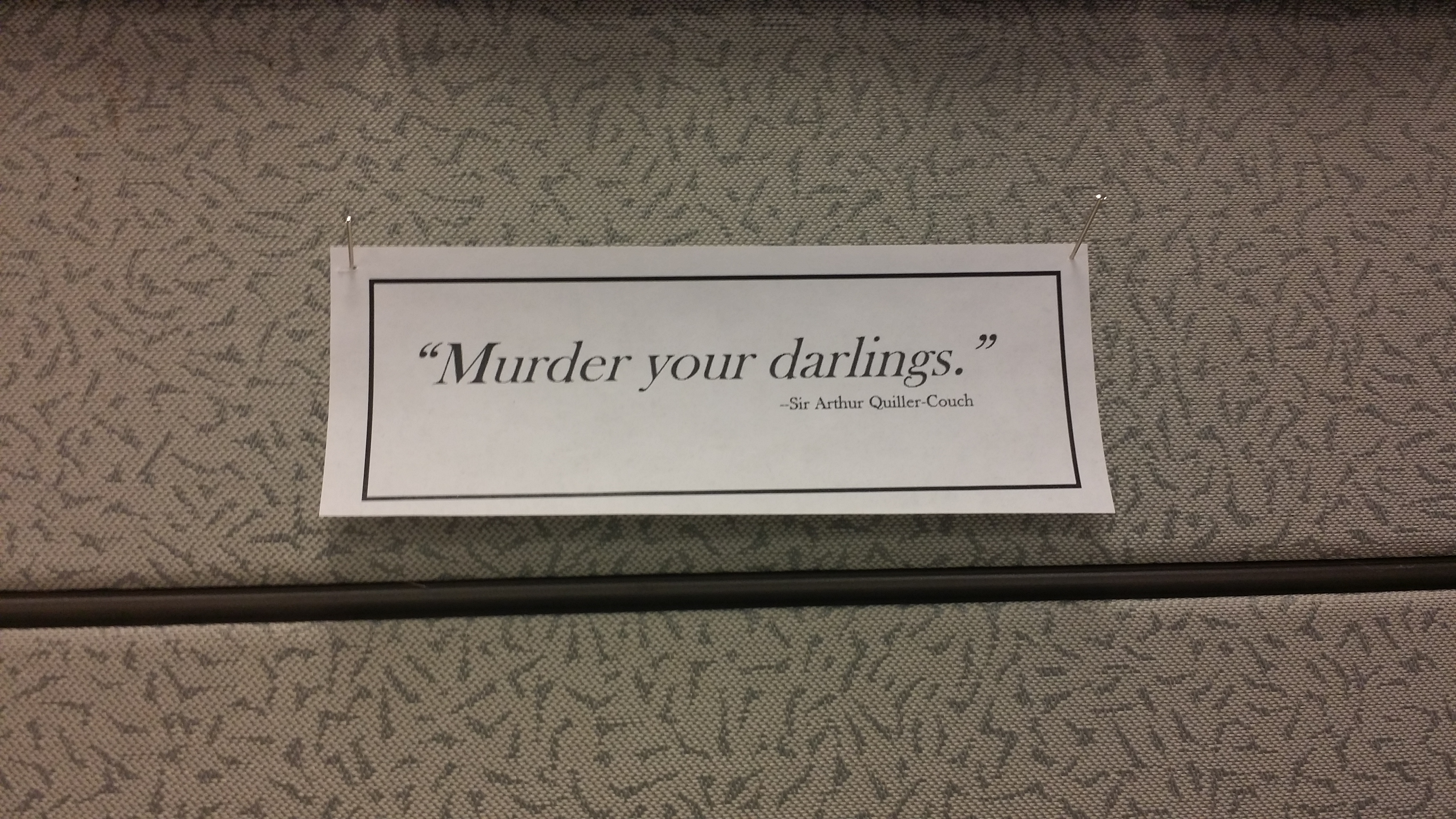 END_OF_DOCUMENT_TOKEN_TO_BE_REPLACED

It’s been a few weeks since my last writing update, and in that time, I’ve passed 92,000 words, done some painting, and added a few other posts to the site. I also added a new page – a placeholder for illustrators because I’m looking to partner with one or more people to bring some additional life to the website.

Neither of those was unwelcome, of course, but they left less time for writing.

Perhaps more importantly in that time period, the novel has officially reached Second Draft status! To be honest, it took longer to get here than originally anticipated, but now that I’m here, it doesn’t seem like I wasted too much time along the way.

What does this milestone mean? For one, I’ve hit all the primary beats of the story. All the things I wanted to convey are down on the page. Additionally, I don’t want to add any more subplots or characters into the mix because I’m happy with the balance I currently have. And finally, it means the real work begins.

Oh yeah, if it took an effort to get to this point, I expect even more challenges as I try to bring the words to life. The story has direction. A beginning, middle, and end. Character development and scenery.

But there are holes. Flat characters and scenes. I expect there’s a bunch of garbage to purge, as well as scenes that contradict each other. That’s fine and was anticipated. Unlike that foolish youth I used to be, I understand that your first draft is not your only draft. Stephen King’s rule of thumb is to cut 10% of your first draft here. For those of you who like math, that’s a 9,200-word removal, or 2-3 chapters.

If you’re expecting perfection at the end of the first draft, I think you’ll be surprised to discover you have a poorly-written document that doesn’t accurately convey the brilliance of the full story floating about your head. And that’s not something that does anyone any good, especially the readers you hope to engage. For a little context, most of my blog posts are second or third draft. Some are fourth.

So, it’s time to add some layers, some color, some real personality, and some real emotion into my story. It’s in my head, even if I can’t articulate it yet. Here’s to the Second Draft.

This post is approximately 600 words. And if you’re not familiar with these sculptures, there is artistic nudity when you follow the links. 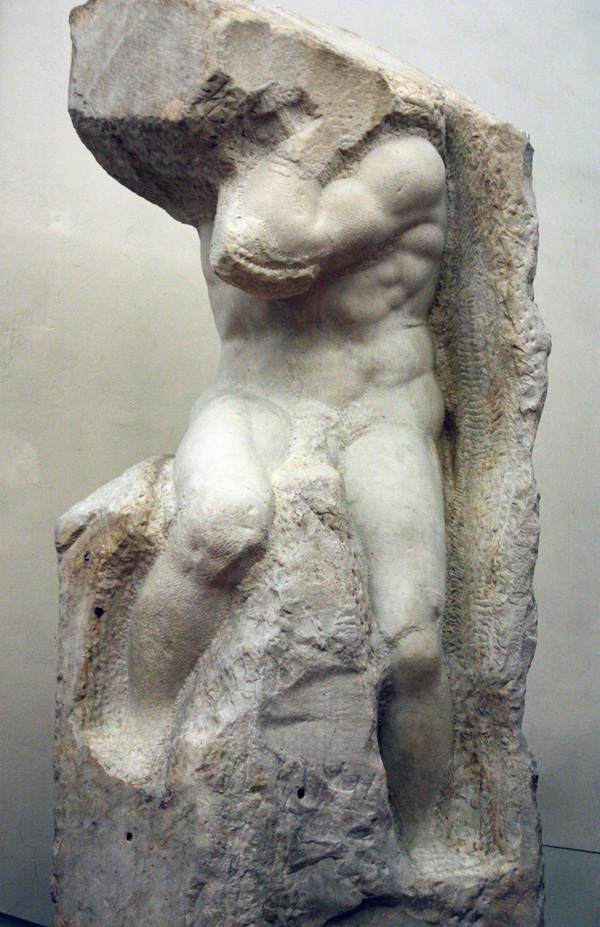 Twenty years ago – almost to the day – I was at the Galleria dell’Accademia in Florence, Italy, the museum that famously displays Michelangelo’s “David“. And while I was in awe of this 17-foot masterpiece, it was not his familiar form that stayed with me after I left.

It was this piece, known as “The Atlas”, one of Michelangelo’s four Prisoners done in the non-finito, or unfinished, style. To me, these seemed most representative of his philosophy about sculpture: that every block already contained the figure, he just had to chisel away the unnecessary marble. Some claim these works are the best representation of Michelangelo’s sculpting prowess, though this might not be immediately evident compared to the seeming perfection of David.

But you’re not here for an art history lesson, so let’s segue into the point for this post.

I left the museum with an understanding that Michelangelo revealed only enough of the figure for it to come to life (though whether a tour guide said it or whether I was brilliantly struck with inspiration, I’ll never know. Feel free to guess.). That thought has stayed with me for twenty years and it’s a philosophy that I’ve applied to my writing.

I love to write. I’m often verbose (this is one of the reasons I start each post with a message about word count – it keeps me in check!). If I could indulgently describe a scene or a character in a thousand lush words, I would. But I think that does the reader a disservice. I want to provide just enough detail to bring the story to life in your mind. If I write too much, well, I feel like I’m taking away too much of your imagination, which I think reduces a reader’s enjoyment of a book.

I’m not alone. In his book “On Writing“, Stephen King says something similar about his characters:

…if I describe [my complete mental picture], it freezes out yours, and I lose a little bit of the bond of understanding I want to forge between us. Description begins in the writer’s imagination, but should finish in the reader’s.

As an example, let me describe a mountain range at the edge of sight: its jagged outline and snowy peaks; the evergreen treeline that marks the highest point at which foliage can grow; or the treacherous recesses that are but dark wrinkles upon an ancient gray face. I could go on and on, depicting the clouds that obscured the tallest peaks or the shadows they cast upon the insignificant hills below, but there comes a point where your interest fades. You get it. There are mountains in the background. They are imposing and old and magnificent. You don’t need me to zoom in until we’re so close we can see the shiny flecks of mica in the granite. 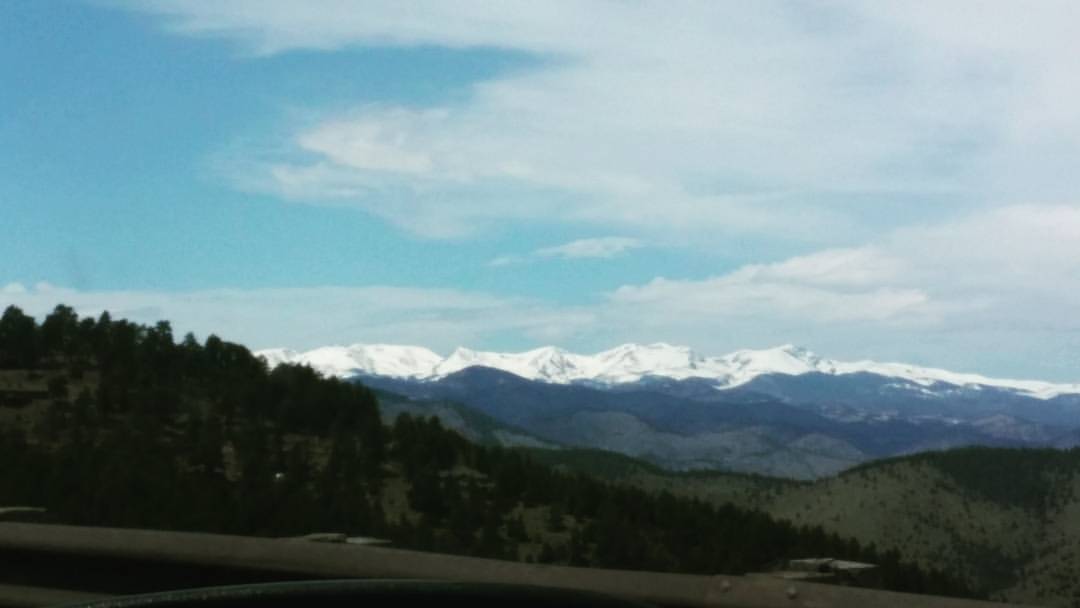 So here’s the deal: you bring your imagination and I’ll bring the right number of words, and we’ll meet in the lands of Empyrelia, each of us with our own vision of the world around us. Work for you?

A picture might be a thousand words, but you don’t need a thousand words to form a picture in the reader’s mind. Sometimes less is more. The successful writer finds the balance.