It’s been a few weeks since my last writing update, and in that time, I’ve passed 92,000 words, done some painting, and added a few other posts to the site. I also added a new page – a placeholder for illustrators because I’m looking to partner with one or more people to bring some additional life to the website.

Neither of those was unwelcome, of course, but they left less time for writing.

Perhaps more importantly in that time period, the novel has officially reached Second Draft status! To be honest, it took longer to get here than originally anticipated, but now that I’m here, it doesn’t seem like I wasted too much time along the way.

What does this milestone mean? For one, I’ve hit all the primary beats of the story. All the things I wanted to convey are down on the page. Additionally, I don’t want to add any more subplots or characters into the mix because I’m happy with the balance I currently have. And finally, it means the real work begins.

Oh yeah, if it took an effort to get to this point, I expect even more challenges as I try to bring the words to life. The story has direction. A beginning, middle, and end. Character development and scenery. 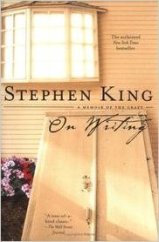 But there are holes. Flat characters and scenes. I expect there’s a bunch of garbage to purge, as well as scenes that contradict each other. That’s fine and was anticipated. Unlike that foolish youth I used to be, I understand that your first draft is not your only draft. Stephen King’s rule of thumb is to cut 10% of your first draft here. For those of you who like math, that’s a 9,200-word removal, or 2-3 chapters.

If you’re expecting perfection at the end of the first draft, I think you’ll be surprised to discover you have a poorly-written document that doesn’t accurately convey the brilliance of the full story floating about your head. And that’s not something that does anyone any good, especially the readers you hope to engage. For a little context, most of my blog posts are second or third draft. Some are fourth.

So, it’s time to add some layers, some color, some real personality, and some real emotion into my story. It’s in my head, even if I can’t articulate it yet. Here’s to the Second Draft.