A 750-word post for those who want a peek into the thought process – in the loosest sense of the term – that a writer puts into naming his first book.

I’ve probably renamed the book a dozen times in the last three years.

At first, I just needed SOMETHING, because I’m writing a book and a book needs a title. It wasn’t even a full title, but sometimes the Muse won’t let you progress until you’ve checked off that box She wants filled. So I’ve named and re-named, never finding something I loved; always promising to figure it out later. I usually followed the typical pattern you see in a book series: “The Lost Princess and the Descriptive-words-that-will-intrigue-readers”. I like the style and I’ll admit I’m heavily influenced by the Harry Potter series, though you’ll see it these excellent series, too: Percy Jackson, Skulduggery Pleasant, and The Spook’s Apprentice (US version shown here). 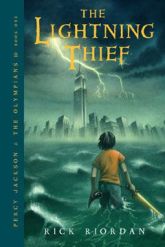 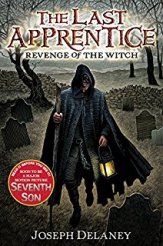 Unfortunately, I’d been imposing some confusion upon myself, and I just hadn’t been able to get past it. Because I was too in love with my own idea.

I’d wanted the collective book series to be known as “The Book of the Lost Royals” and sometimes, “The Lost Royals” for short. Within that, I had stories of “the Lost Princess” and “the Lost Prince”. You’ve already picked up the overuse of the word ‘lost’, but there’s also a comprehension issue here. Whether spoken aloud or read, there’s very little difference between the words ‘prince’ and ‘princess’. As a person who’s dealt with speech issues over the years, I needed a better approach.

There’s also a third concern. As verbose as I am sometimes, I do appreciate succinct, snappy titles. If I add the series name before it, I get something like “The Book of the Lost Royals – The Lost Princess and the Interesting Something”. Gross. Whether trying to get a publisher or designing a cover or marketing the book, it’s a nightmare. Fortunately, I recognized this from the start, so I’ve been expecting an eventual change in titles.

But you know what? When you’re writing a book of 170,000 words, you have a lot of time to figure it out. Additional pressure is removed when you expect a book publisher to change it anyway.

I’ve deliberately not put, uh, deliberate thought into my title, however. I’ve preferred for it to come organically, as part of the writing process. On Day 1, I could call it one thing, like “The Lost Princess and the Monster of Stone” (meh, and it’s too generic to be very searchable in an Internet-centric world). But on Day 365, that might no longer apply because Tildy’s story is completely different. I didn’t want to fall in love with a title only to have to force the story to make it fit.

And so, it’s changed over the years, evolving with the story. Yet, it’s still got those aforementioned clarity issues.

Over the weekend, I was thinking about Harry Potter and the Philosopher’s Stone, and something occurred to me. My character Tildy now had a last name. When I’d written the original book title, she’d only had a first name. I’d talked myself out of “Tildy and the…” because it didn’t fit the expectation that followed “Harry Potter and the….” And then I’d moved on as though I’d enacted some permanent rule.

But Tildy, as a person who doesn’t know her true name, gets to choose her own surname. And now she has. So perhaps the first book in The Lost Royals series should be entitled:

Tildy Silverleaf and the Starfall Omen©

It tells you who the book is about, which is a good start for branding. There’s something mysterious and ominous that she has to deal with, and hopefully, it’s intriguing enough to pluck off the shelf, physical or virtual. Of course, I’ve also eliminated my ‘Lost this, Lost that’ problem.

I’ve often said that people don’t know how much thought writers put into their works beyond the writing. As you’ve read here, I’ve been thinking about marketing and branding, search engines, psychology, and most importantly, the reader. Yes, it’s ok to be delighted with our characters and our stories, but when we’re only considering our own needs and desires, instead of those of the reader, we’ve forgotten that we are of secondary importance. Well, perhaps we are third, considering we authors are also subservient to the story itself.

When it comes down to it, if the reader is confused, it’s not good enough. When in doubt, rewrite.