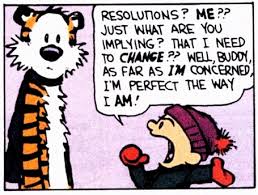 It’s the first day of a new year, which generally means resolutions and other pledges of life changes, blabbity-blah. I usually don’t hold to such traditions, uh, mostly because I forget my New Year’s promises before January ends. But as an idea formed in my head this morning, it occurred to me I might be writing such a post.

Yes and no. This post does contradict other guidance I’ve given about reducing words during a rewrite. But as with most other advice in life, just because you CAN do something, it doesn’t mean you SHOULD. Forsaking context or intent for the sake of brevity is an excellent way to deliver a quick read that readers misunderstand. That’s why I’m going to show the other side of word reduction.

Consider this example, in which I’d be tempted to rewrite a sentence to remove the prepositional phrase ‘of the family’:

There’s only a two-word difference, so there’s no impact to the overall word count, and both are grammatically correct. Stylistically, I prefer the second, which would be the rewrite. Note how it places the emphasis on family, whereas the original puts focus on the friendship. The intent of the passage can help the writer decide the structure of the sentence. However, varying style is also important, so I can’t have sentence after sentence ending with prepositional phrases.

Using this point-of-view, consider my opening paragraph ‘other pledges of life changes‘, which I could have written as ‘other life-changing pledges‘, which tightens it up a smidge and makes it a better sentence. I wanted the emphasis on the pledge because my point concerned broken promises, not changing a person’s life with the new year.

Tightening up our writing is a wonderful, necessary thing, but we need to be smart about it. Eliminating words simply to reduce word count can hurt your manuscript just assuredly as poor sentence structure. Making deliberate, intelligent decisions will take your readers down the right road to the destination you desire.

Good luck with your writing!