It’s been a heckuva writing year. 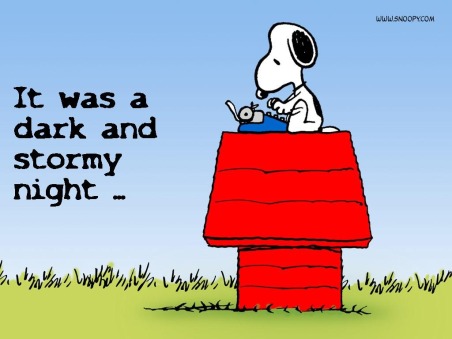 As 2016 comes to a close, I realize that another milestone recently passed: one year since I sat down at the keyboard to start writing again. REALLY writing, not just short notes or simple ideas that, if I’m honest, were never going to amount to anything until I took the process seriously.

I really hadn’t been taking the process seriously. Well, not for awhile at least. More than ten years ago, when the dark realities set in, I set aside another novel that I’d been writing tinkering with for years and years, starting back when I was a naïve, fresh-faced college grad with fantasies delusions about the Great American Novel. I had reams of paper manuscripts and files of all the important nouns (people, places, things). But along the way, I lost the spark. Or I became a glass-half-empty guy. Or family and work and life took priority. I stacked up a number of obstacles before myself and simply decided to get off the path: I returned to the road more traveled (apologies to Robert Frost).

That was a damn shame because I’d always taken pride in my writing and storytelling abilities. I watched my skills languish, such as they were. At times, it was hard not to be angry or bitter, watching the train pass by, knowing that your pocket might contain a ticket that could take you anywhere, if only you’d stepped off the platform. 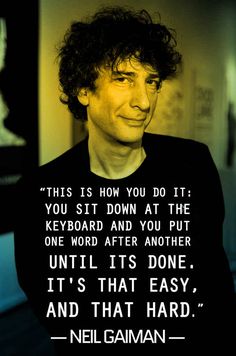 So, during one of the busiest times in my professional life – poorly timed to occur two weeks before Christmas – and with the return of some of that youthful optimism, I sat back down to write a novel (sweet Mary, that was a complex sentence). I finally understood that a person can be a novelist whilst juggling all those responsibilities of life. That person just needs to sit down and type one word after another, to borrow from Neil Gaiman.

The result? I’ve been excited. Enthused. Thrilled. Throw a thesaurus of happiness at me because it’s really been remarkable. There are days where I can’t type quickly enough to capture the thoughts racing across my brain. Days where I’ve got nothing left in the tank and I one-finger type “This thing happened. This thing was good. The character liked the thing.” And everything in between.

Now it’s been twelve months. I have a manuscript of 102,000 98,000 100,000 105,000 96,000 words, some of which are raw and unedited, but some, oh, some shine with the polish that occurs from five rewrites. I have outlines for future books, character and map sketches, a boatload of blog posts and tweets, and even the framework for a book that would be the first release for a non-profit I want to establish. I’ve questioned my abilities and my sanity, but no longer do I doubt my dedication. To put it in more enjoyable terms: I’ve spent a year traipsing across a literary landscape, following a witch with a secret name and a teenage girl with a misunderstood power. And I can’t wait to see how it ends.

PS: Need to reignite your own writing spark? Drop me a line and we’ll set the world alight.